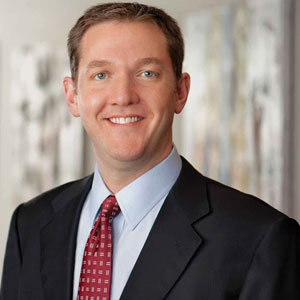 Jim Whitehurst, President & CEO As the markets closed on Monday, March 27, 2017, Red Hat [NYSE:RHT] reported its fiscal fourth-quarter earnings of $628.8 million in revenue. The company’s OpenStack private cloud component made for one-third of its largest deals in Q4, illustrating the headway Red Hat is making from being a Linux giant to a cloud powerhouse. Back in 2013, when the world’s leading provider of open source software solutions fixed upon bringing its magnum opus Red Hat Enterprise Linux (RHEL) to OpenStack, heads undeniably turned, looking forward to the denouement. Today, Red Hat OpenStack is close to becoming the de facto standard for OpenStack distributions. “People were delivering things that just weren’t mature enough,” notes Jim Whitehurst, President and CEO, Red Hat. “But now you have a [Red Hat] distribution that everyone can certify to.”

OpenStack was born into the open source community—an area where Red Hat excels, being a firm believer of instilling ‘openness’ in the cloud. “Red Hat, in many ways, is the last man standing in the OpenStack world. In early days, OpenStack was so deeply tied to the operating system that you needed an operating system vendor to be able to deliver it, and I think that’s what you’re seeing now,” states Whitehurst. Red Hat is a leading contributor to the OpenStack project and simplifies its deployment while making it secure, stable, and enterprise class.

The demand for Infrastructure-as-a-Service (IaaS) private clouds, like OpenStack, is more than an appetition to stay ahead of the curve. OpenStack’s ability to cater to the performance and scalability requirements of customers has made it the go-to platform in today’s IaaS market. However, adoption of state-of-the-art technologies is hampered by a conundrum— facilitating cost-efficiency and innovation while eliminating vendor lock-in. The know-how and the effort invested in realizing the benefits of OpenStack is where the rubber meets the road. With Red Hat OpenStack Platform—an integral component of Red Hat Cloud Infrastructure—it’s a breeze!

Red Hat, in many ways, is the last man standing in the OpenStack world

Our steadfast dedication to this model has delivered—and continues to deliver—enormous value to our customers, while consistently giving back our software contributions to the community,” explains Paul Cormier, EVP and President, Products and Technologies, Red Hat. Demystifying the dependencies of OpenStack on underlying operating system and hypervisor, Red Hat’s OpenStack platform has been engineered for the enterprise and is optimized for and integrated with the enterprise-hardened ecosystem—RHEL. In essence, as the robust and integrated RHEL forms the bedrock of OpenStack cloud, the firm’s deep expertise in the upstream development process provisions enterprise-ready software out-of-the-box and saves clients from patching, testing, implementing, and supporting community releases on their own. OpenStack’s impressive array of capabilities for storage, computing, and networking resources throughout a data center allows exercising administrative control while provisioning self-service access to users. These capabilities ingeniously complement RHEL, conforming to the scalability, performance, and security standards in a production-scale environment.

The firm has pioneered the co-engineering of Linux and OpenStack together to enable business success with innovation in the upstream, provision data processing, dynamic monitoring, and orchestration tools beefed up with customizable dashboards, and also create an ecosystem that offers a wide spectrum of cloud products in lieu of a single point product. “Red Hat OpenStack Platform 10 drives the enterprise-readiness of OpenStack by delivering a stable, reliable, and open foundation for cloud deployments, delivering innovations like composable services and roles while retaining our commitment to enterprise stability, highlighted by our new long life support model,” states Radhesh Balakrishnan, GM, OpenStack, Red Hat.

The open source giant’s Platform as a Service (PaaS) offering, OpenShift, running atop the firm foundation of RHEL and OpenStack, allows users to run and scale their PaaS production in a rapid manner. The amalgamation of these cloud technologies promises to deliver utmost elasticity and efficiency to development teams and is touted as the next big thing in creating a developer-friendly future.

For Whitehurst, OpenStack is reminiscent of what Linux was back in 2004. Red Hat’s approach to OpenStack being similar to what it did with Linux, makes it a more valuable and promising offering. The strength of Red Hat’s ‘Open Source Way’ emanates from implanting its open source ethos in OpenStack cloud deployment, allowing the freedom to create one’s own technology. With this, Red Hat facilitates the seamless adoption of OpenStack technology, while advancing its native capabilities. As the technology is at the brink of maturity, the firm is currently working on OpenStack’s adoption from existing “System of Record” applications to line-of-business applications, making the cloud ready to host all types of enterprise applications.

According to Paul Cormier, President, Products and Technologies, Red Hat, “Open source is a driving force behind everything from cloud computing and mobile to big data and beyond, and Red Hat customers around the world are benefiting from the innovation we provide.”

At the Vanguard of a New Revolution

Over the years, Red Hat has been making great strides in simplifying OpenStack cloud deployments. The fact that Red Hat’s OpenStack offering outpaced its trademark Linux deals in the fourth quarter of 2016 highlights the potential of the platform in achieving cloud supremacy. Recently, Red Hat assisted a Singapore based internet service provider, MyRepublic, in strengthening their open hybrid cloud initiative. In the wake of rapid expansion, the client was crippled by fragmented legacy infrastructure that was failing to meet customer demands. Red Hat’s OpenStack platform simplified the client’s cloud environment, increased scalability, flexibility, and also enabled deployment of Red Hat CloudForms within weeks, in a cost effective manner.

With a long history in the open source arena, Whitehurst believes no other company understands OpenStack better than Red Hat. The company has been constantly looking for new and untapped opportunities in the open source domain, ushering freedom in enterprises with respect to operating systems, databases, and web servers. Standing at the nexus of innovation, Red Hat is embracing freedom and revolutionizing the enterprise cloud space with OpenStack. 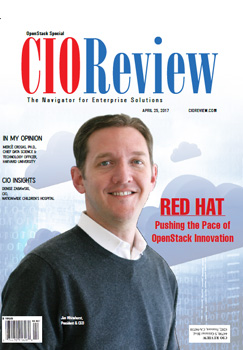