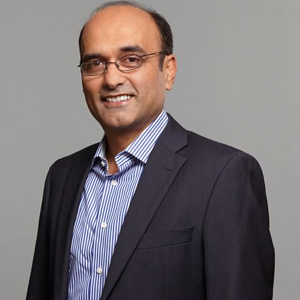 Sunil Khandekar, Founder & CEO This past July, OpenStack celebrated its fifth anniversary. With 509 organizations across 165 countries included in its community, the OpenStack platform has become prominent among cloud builders, IT executives, administrators and developers across the globe. As is evident from the interest in various OpenStack summits, meet-ups and projects taking place around the world, the future of this open software for creating public and private clouds is clear—to be the “Linux of the cloud.”

Based in Mountain View, California, Nuage Networks has quickly established its place among the elite of cloud network virtualization, integrating closely with leading platforms such as OpenStack to make networking as readily consumable as compute has become. The company’s vision is to remove all networking constraints that hinder the move to an open cloud: One in which applications and services are delivered instantaneously and securely, in line with needs of Development and Operations (DevOps) and users.

Nuage Networks Founder and Chief Executive Officer Sunil Khandekar points to three primary trends in the transformation of networking. First, the buildout of private clouds among enterprises. Second, the buildout of Network Function Virtualization (NFV) infrastructure by service providers. Third, the transformation of branch networking to enable highly distributed and mobile workforces to benefit from the agility of cloud-based IT to get secure access to any application, anytime and anywhere.

“The revolution has begun. In the blink of an eye, a more agile, dynamic self-service cloud is taking the place of rigid and highly manual data center infrastructures. OpenStack and other advanced multi-tenant technologies are rising as the biggest contributors to this shift,” says Khandekar.

Since its founding in 2012 (and launch in 2013), this Silicon Valley networking venture has established itself with large enterprises and cloud service providers alike. The Nuage Networks proposition helps them align their IT environments to the needs of their business. Perhaps most importantly, Nuage Networks helps CIOs transform their operations by implementing SDN technology at their own pace, agnostic to choices that have been—or can be—made independently.

“We are empowering organizations to undertake a seamless shift from their data centers to the cloud and to ensure dynamic, secure access to their applications anytime and anywhere,” says Khandekar. Virtualization has changed the game for storage and computing, giving enterprise IT the ability to call up and consume those resources on demand. It’s agility—with peace of mind.”

We are making networking simple, rather than simplistic—there’s a huge difference. We have embraced the complexity and provided the right framework of abstractions to make it very intuitive for IT administrators to use

Making Networking Simple – Rather than Simplistic

Organizations also expect their network infrastructure to be agile. The more nimble and automated approach using SDN is very appealing to enterprises stuck with expensive, complex, proprietary network equipment, and their manual and cumbersome provisioning systems.

As they embrace the move to an open cloud and choose platforms like OpenStack to build their private clouds, Nuage Networks simply makes OpenStack networking better. Much better.

A contributor to OpenStack, Nuage Networks integrates the OpenStack Neutron networking baseline and leaps ahead with its policy-based automation capabilities to make networking as consumable as compute. That makes it easy for developers to deploy applications in any cloud and for administrators to manage permissions thereafter.

“We are making networking simple, rather than simplistic— there’s a huge difference,” explains Khandekar, “We have embraced the complexity and provided the right framework of abstractions to make it very intuitive for IT administrators to use.”

Nuage Networks also helps its customers leverage what the OpenStack community has built and continues to build in terms of cloud management systems, thus enabling them to migrate at their own pace.

“Customers can take a leap forward from their existing ESXi hypervisor architecture to the OpenStack KVM environment as per their growth and demands,” says Khandekar.

“When you’re finished changing, you’re finished.” Ben Franklin may not have been an entrepreneur by trade, but his words still echo today in the business community. This is the fastest-changing networking and technology landscape enterprises have experienced in some time. In this environment, Nuage Networks also has its sights set on a few trends related to virtual networking for the cloud.

“For instance, the maturation of Network Functions Virtualization (NFV), an initiative to virtualize the telco network services that have traditionally been instantiated in dedicated and proprietary hardware, is on fast track to becoming the next key area in virtualization,” says Khandekar.

In light of these initiatives shaping the cloud industry, Nuage Networks, with the help of its partners, has developed several reference architectures for DevOps cloud infrastructures that are united by a common orchestration framework, OpenStack, and by a common networking approach, SDN, with the VSP.

The VSP has received acclaim for its ability to support open cloud networking across diverse and hybrid infrastructures and to support bare metal, virtual machines and emerging container technologies as required for enterprises to address their needs and run their IT workloads securely and efficiently.

“Our VSP delivers SDN capabilities for clouds of all shapes and sizes—from small private clouds to the largest public clouds in the world.
It is an open, declarative and policy-driven framework which allows us to work with any kind of hypervisor environment and to fully virtualize and automate network services across data centers and branch offices” says Khandekar. “Our VSP makes the network as responsive as the business needs it to be—from the data center out to branch locations.”

VSP has three key components- Virtualized Services Controller (VSC) is the robust control plane of the data center network, maintaining a full per-tenant view of network and service topologies. The Virtualized Services Directory (VSD) serves as a policy, business logic and analytics engine for the abstract definition of network services. The third component is its Virtual Routing and Switching (VRS) module, which serves as a virtual endpoint for network services. It is responsible for detecting changes in the compute environment and for triggering instantaneous policy-based responses in network connectivity.

Seeing the results it has delivered, many tech titans have chosen Nuage to meet their networking requirements. One Fortune 50 company approached Nuage Networks to solve the challenges it was having with networking its private cloud across multiple datacenters. The company had adopted OpenStack, but it required a mix of networking equipment and hypervisors to address the practical needs of its business groups. With VSP, the customer was able to deploy to a multi-tenant cloud infrastructure, which brought down their operational expenses by 50 percent. The enterprise was also able to perform required network audits at much more quickly at drastically lower cost – and without errors.

Talking about the digital transformation that is underway, networking plays a critical role in the cloud ecosystem. “However, in order to entirely embrace the cloud, businesses need a solution that can allow them to build a networking infrastructure that fits their requirements,” says Khandekar. With its partners, Nuage Networks is empowering enterprises and cloud service providers to build a DevOps private or public cloud infrastructure that not only replaces but also surpasses legacy architectures in terms of power, sophistication and choice.

“The networking piece of OpenStack is an important foundation, but there are so many other things required,” Khandekar said. “The solution and the ecosystem must be robust. Customers must be able to choose what works best for them. This is why it’s important to work with leaders from open source community projects, ecosystem partners, systems integration partners, developers, and customers for DevOps clouds based on OpenStack.”

All Nuage Networks investment is directed toward this philosophy, leveraging OpenStack, Docker and other open platforms.

Looking ahead, Nuage Networks is striving to become the leader in open cloud networking for the datacenter and beyond. The vision of the company doesn’t seem like a moonshot: In just two years since its launch, Nuage Networks has already become quite well known, and its technology has been selected and deployed by numerous giants of the financial services, healthcare, cloud and telecom industries.

“The best thing about us is that we are just getting started,” concludes Khandekar on an optimistic note. 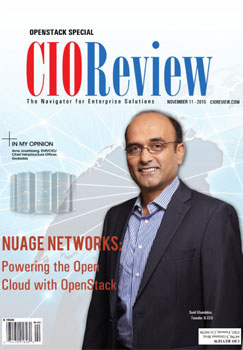