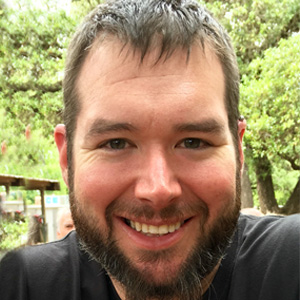 A successful private cloud presents a consistent and reliable facade over the complexities of hyperscale infrastructure. It must simultaneously handle constant organic traffic growth, unanticipated spikes, a multitude of hardware vendors, and discordant customer demands. The depth of this complexity increases with the age of the business, leaving a private cloud operator saddled with legacy hardware, old network infrastructure, customers dependent on legacy operating systems, and the list goes on. These are the foundations of horror stories told by grizzled operators around a campfire.

Providing a plethora of services globally for over a billion active users requires a hyperscale infrastructure. Yahoo’s on-premises infrastructure is comprised of data centers housing hundreds of thousands of physical and virtual compute resources globally, connected via a multi-terabit network backbone. As one of the very first hyperscale internet companies in the world, Yahoo’s infrastructure had grown organically—things were built, and rebuilt, as the company learned and grew. The resulting web of modern and legacy infrastructure became progressively more difficult to manage. Initial attempts to manage this via Infrastructure-as-a-Service (IaaS) taught some hard lessons. However, those lessons served us well when OpenStack was selected to manage Yahoo’s data centers, some of which are shared below.

Chief amongst the lessons learned prior to OpenStack was that IaaS must be presented as a core service to the whole organization by a dedicated team. An a-la-carte IaaS, where each user is expected to manage their own control plane and inventory, just isn’t sustainable at scale. Multiple teams tackling the same challenges involved in the curation of software, deployment, upkeep, and security within an organization is not just a duplication of effort; it removes the opportunity for improved synergy with all levels of the business. The first OpenStack cluster, with a centralized dedicated developer and service engineering team, went live in June 2012. This model has served us well and has been a crucial piece behind OpenStack’s success at Yahoo. One of the biggest advantages to a centralized, core team is the ability to collaborate with the foundational teams upon which any business is built: supply chain, data center site-operations, finance, and finally our customers, and the engineering teams. Building a close relationship with these vital parts of the business provides the ability to streamline the process of scaling inventory and presenting on-demand infrastructure to the company.

Our developer productivity clusters, named “OpenHouse,” were a huge hit. Ideation and experimentation are core to developers’ DNA at Yahoo. It empowers our engineers to innovate, prototype, develop, and quickly iterate on ideas. No longer is a developer reliant on a static and costly development machine under their desk. OpenHouse enables developer agility and cost savings by obviating the desktop.

Until this point, Yahoo’s production footprint was nearly 100 percent focused on bare metal—a part of the business that one cannot simply ignore. In 2013, Yahoo OpenStack Bare Metal began to manage all new compute deployments. Interestingly, after moving to a common API to provision bare metal and VM, there was a marked increase in demand for VM. 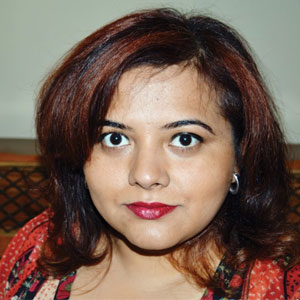 Developers across all major business units ranging from Yahoo Mail, video, news, finance, sports and many more, were thrilled with getting instant access to compute resources to hit the ground running on their projects. Today, the OpenStack team is continuing to fully migrate the business to Managed OpenStack. Our bare metal footprint is well beyond that of our VMs, with over 100,000 bare metal instances provisioned by OpenStack Nova via Ironic.

How did Yahoo hit this scale?

Scaling OpenStack begins with understanding how its various components work and how they communicate with one another. This topic can be very deep and for the sake of brevity, we’ll hit the high points.

1. Start at the bottom and think about the underlying hardware

Do not overlook the unique resource constraints for the services which power your cloud, nor the fashion in which those services are to be used. Leverage that understanding to drive hardware selection. For example, when one examines the role of the database server in an OpenStack cluster, and considers the multitudinous calls to the database: compute node heartbeats, instance state changes, normal user operations, and so on; they would conclude this core component is extremely busy in even a modest-sized Nova cluster, and in need of adequate computational resources to perform. Yet many deployers skimp on the hardware. The performance of the whole cluster is bottlenecked by the DB I/O. By thinking ahead you can save yourself a lot of heartburn later on.

2. Think about how things communicate

Our cluster databases are configured to be multi-master single-writer with automated failover. Control plane services have been modified to split DB reads directly to the read slaves and only write to the write-master. This distributes load across the database servers.

OpenStack has many small horizontally-scalable components which can peacefully cohabitate on the same machines: the Nova, Keystone, and Glance APIs, for example. Stripe these across several small or modest hardware. Some services, such as the Nova scheduler, run the risk of race conditions when running multi-active. If the risk of race conditions is unacceptable, use ZooKeeper to manage leader election.

In a Yahoo data center, DHCP is only used to provision bare metal servers. By statically declaring IPs in our instances via cloud-init, our infrastructure is less prone to outage from a failure in the DHCP infrastructure.

5. Don’t be afraid to replace things

Neutron used Dnsmasq to provide DHCP services, however it was not designed to address the complexity or scale of a dynamic environment. For example, Dnsmasq must be restarted for any configuration change, such as when a new host is being provisioned. In the Yahoo OpenStack clusters this has been replaced by ISC-DHCPD, which scales far better than Dnsmasq and allows dynamic configuration updates via an API.

6. Or split them apart

Some of the core imaging services provided by Ironic, such as DHCP, TFTP, and HTTPS communicate with a host during the provisioning process. These services are normally part of the Ironic Conductor (IC) service. In our environment we split these services into a new and physically-distinct service called the Ironic Transport Service (ITS).

Be prepared for faulty hardware!

Running IaaS reliably at hyperscale is more than just scaling the control plane. One must take a holistic look at the system and consider everything. In fact, when examining provisioning failures, our engineers determined the majority root cause was faulty hardware. For example, there are a number of machines from varying vendors whose IPMI firmware fails from time to time, leaving the host inaccessible to remote power management. Some fail within minutes or weeks of installation. These failures occur on many different models, across many generations, and across many hardware vendors. Exposing these failures to users would create a very negative experience, and the cloud must be built to tolerate this complexity.

Focus on the end state

Yahoo’s experience shows that one can run OpenStack at hyperscale, leveraging it to wrap infrastructure and remove perceived complexity. Correctly leveraged, OpenStack presents an easy, consistent, and error-free interface. Delivering this interface is core to our design philosophy as Yahoo continues to double down on our OpenStack investment. The Yahoo OpenStack team looks forward to continue collaborating with the OpenStack community to share feedback and code.

What It Truly Means For IT Security To Bea Business Enabler

Policy is a Key Solution to Stopping Packaging Waste

Congestion-Driven Basis Risk, A Challenge for the Development of...